A Certain Deceit (Historical Novel, 2017)
It's 1892 in a small Northern California town and a single gunshot fired by the County Sheriff fractures families—one bound by blood and one by brotherhood—and forces them to confront the consequences of a bank robbery gone bad.


This novel relies on the familiar tools of a historical fiction writer: I have pulled characters from my family tree and the places they inhabited, and taken great liberties with their lives. The story, however, is fictional. The two primary characters in the novel are father and daughter: Sheriff Jim Duncan (also known as Sunny Jim) and his daughter, Elvira Duncan Grey.
I have loosely based their characters on my great grandparents, "Sunny" Jim Monroe and Elvira Grey Duncan Monroe. The character of Jim in my book is more true to my great-grandfather's nature, or what I've learned about him. The character of Elvira is mostly of my own imagining.

I took a class at D&L last month and learned how to make leaded stained glass. In other words, use lead came to assemble the pieces instead of copper foil. The lead came method is a thousand years old and is used by artisans worldwide. But, as one might expect, working with lead does present some health hazards, so it is a bit more persnickety than the copper foil method, which is what I learned several years ago. (Most new beginners in stained glass learn the copper foil method.) The only thing I don't like about the lead came method is stretching the lead itself...I still don't have the hang of it. But I did love using the lead to piece everything together. For some reason, the process was more meditative than copper foil. Then, the mudding process (the "glue" that holds the piece together) is messy, but it works. For some reason, the whole process feels more organic. Also, you don't have to solder as much, which makes me happy. I'm not usually a per
Read more 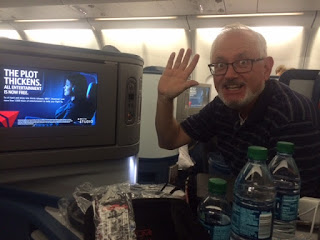 Planning for our Ireland trip has been more challenging than I thought it would be. I really knew nothing about the country, or next to nothing. But lots of maps and weeks of reading Tripadvisor have  helped me become more comfortable with our itinerary and the realities of what we could accomplish in two weeks. We've started the countdown to our departure date now!
Read more 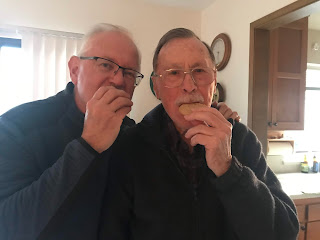